Ah, 1966. Back to a time when Bobby Moore lifted the World Cup and the Mini Cooper and Mini Skirt were the vanguard of a new pop culture. The French were in the Common Market and we weren’t. Remember that week when “Paperback Writer” by The Beatles was no.1 in the charts? When the French left NATO (#Frexit) and when US planes started bombing Hanoi? No? Well, you should do, because it was the week that Barclaycard launched in the UK. 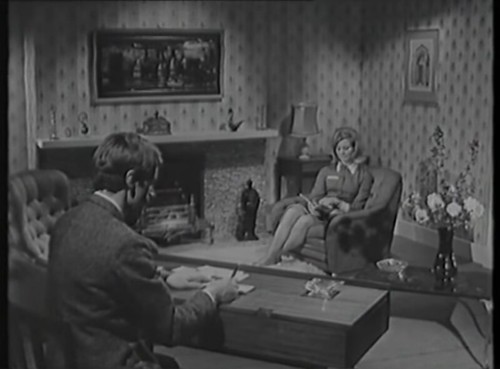 This is the first ever advertisement for a payment card on British television. It was for British Linen Bank’s Barclaycard.

On 29th June 1966, an old boot factory in Northampton became the epicentre of the payment revolution when Barclays Bank launched the Barclaycard.

The card scheme was approved by the board without any market research or pilot, or adequate in-house computer system, and in the face of not inconsiderable internal and external suspicion, even hostility. It was recognised that profitability would be long-term, since the set-up costs were so high and credit controls strict.

Yes, the Great British credit card is 50 today! Well, I say British, but it was actually a licensed version of the BankAmericard product and it wasn’t actually a credit card because until the Bank of England permitted them to offer credit in November 1967, Barclaycard balances had to be paid in full when the bill arrived, but you get the general picture.  It wasn’t an overnight success, of course. It took more than five years for Barclaycard to reach 1.5m cardholders and 75,000 merchants and finally turn in a profit, but when it did the profit was sufficient to stimulate the other big banks (National Westminster, Midland and Lloyds) to get their act together and launch the rival Access card in 1972.

Access didn’t hit on their “flexible friend” meme until the 1980s.

Half a century. It’s not such a long time in the great scheme of things, and I can’t help but wonder whether the payment card will still be around in another half a century. I’m sure many of us remember our first credit card. Mine was indeed a Barclaycard and I got it when I first opened a bank account when I went to university. My life of credit-induced bondage as a serf on the plantations of the financial services industry began at that point and I have never looked back. But the provision of that credit is banking business and payments really are not, so I can’t see that this will be the way that future generations will enslave themselves. Credit will be around in 50 years I am certain (if Bitcoin is the only currency left by then, I’ll still need to borrow them to pay for my holiday), but credit cards will not. And it’s not just nerdy techno-utopians obsessed with finding new problems for our solutions who think this.

Anthony Jenkins, when head of Barclaycard, rather famously (to me) said that mobile phones would get rid of cards before they got rid of cash.

In fact, what Anthony said was that “In 50 or maybe even 10 years’ time, we will still be using cash but I don’t think we’ll have plastic. It is comparable to the move from CDs to MP3 music files… If I had said 10 years ago that you couldn’t pay with a cheque at the supermarket, you wouldn’t have believed me. That is now the reality, and we see plastic cards going the same way.”

The Barclaycard that I have in my wallet right now (well, actually it’s loaded into my iPhone, the actual card is at home in a drawer somewhere) bundles together all sorts of disparate things: the payment itself, the payment guarantee to the merchant, the identity and authentication of the customer, consumer protection, loyalty schemes and so on. But it is not clear to me at all why these should remain bundled in this way. New technology means that we can have specialist providers of each of these services and have the services integrated seamlessly in our phones, in the cloud and on the blockchain too I shouldn’t wonder. Will we see a 100th birthday for the plastic card and a telegram from Queen Kate? I don’t think so, to be honest.

Tags: barclaycard, cards, future of cards
We have placed cookies on your device to ensure that we give you the best experience on our website. If you continue to use this site we will assume that you have agreed to that.OkRead more
View full website