I had a really enjoyable time chairing the “futures” panel in the closing plenary of Intergraf’s Security Printers 2016 in Seville. This is a conference for the people who (amongst other things) print banknotes so I had a fun time behind enemy lines learning about paper, ink, substrates, polymers, foils and special machines that print serial numbers. 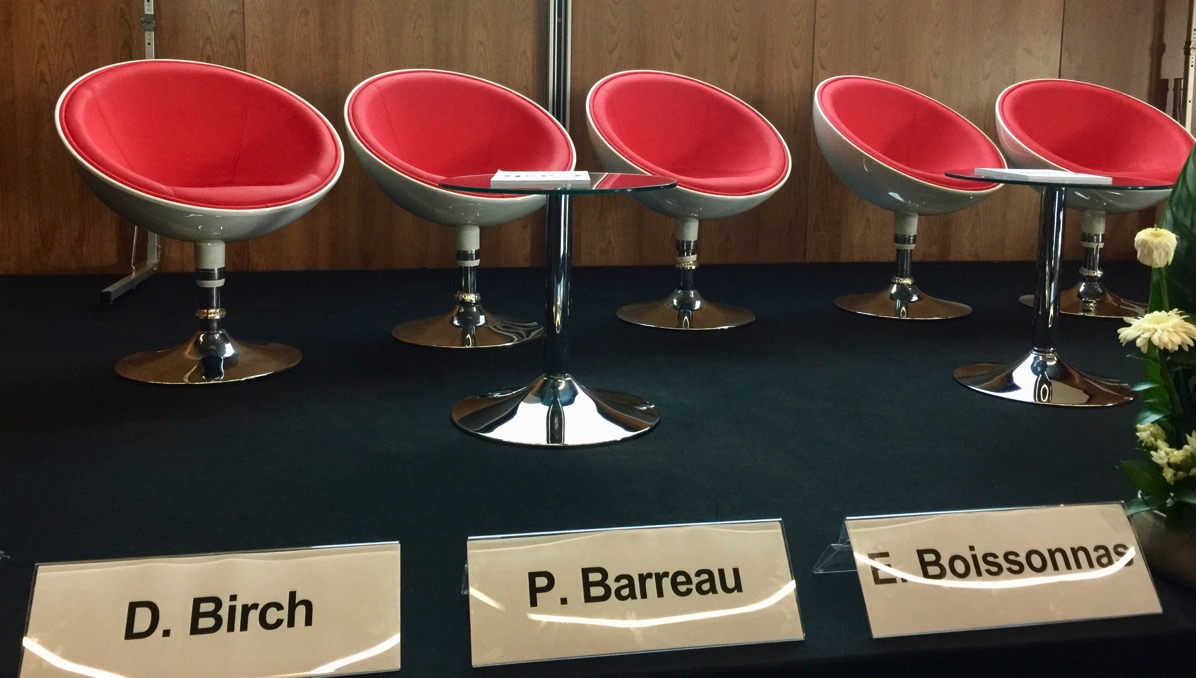 One of the topics that came up on the panel was the role of central banks as currency issuers. I think this is a pretty interesting topic because it may be that the switch from physical to digital currency will change the way that the medium of exchange is managed. As Marilyne Tolle from the Bank of England noted on their “Bank Underground” blog recently, one might imagine a central bank-issued electronic money that she labels “CBCoin”:

If households and firms were given access to CBcoin accounts at the CB, banks’ dominant role as providers of payment services would be called into question.

From Central bank digital currency: the end of monetary policy as we know it? | Bank Underground

Indeed it would. Note also that Marilyne is clearly describing a digital currency not a cryptocurrency, but that’s by the by. Right now, money reaches the public through commercial banks, a practical structure that stems from the banks role in providing payment services. In response Marilyne’s hypothetical example, I might observe that not only is there no fundamental economic reason why banks should be the dominant providers of payment services, there is no fundamental economic reason why they provide them at all — see, for example, Radecki, L., Banks’ Payments-Driven Revenues in “Federal Reserve Bank of New York Economic Policy Review”, no.62, p.53-70 (Jul. 1999) — and there are many very good reasons for separating the crucial economic function of running a payment system to support a modern economy and other banking functions that may involve systemic risk. Marilyne goes on to note

The conflation of broad and base money, and the separation of credit and money, would allow the CB to control the money supply directly and independently of credit creation

From Central bank digital currency: the end of monetary policy as we know it? | Bank Underground

As far as I can tell, this would be a good thing. But we must recognise that impact that it will have on commercial banks. According to the management consultancy McKinsey (2016), global payment revenues are around $1.7 trillion (and will be $2 trillion by 2020) and these account for around 40% of global bank revenues! So if payments go away, banks are going to have to think of something else to do instead.

I have a suggestion (you know what’s coming, don’t you) and I think it’s a practical one. The Security Printers panel was actually called “the future of banknotes and identity” which I think shows us the way forward… If you can move money from anyone to anyone else, instantly and for free with final settlement in central bank money, and this is provided as a utility service provided by the central bank, then the fraudsters who are plaguing the Faster Payments Service (FPS) in the UK will have a field day.  Perhaps, then, the role for the central bank is to issue the digital currency and run the digital currency payment platform that will (in a fairly short time I would think) replace commercial bank (and all other) payment services. Not so much CBCoin as CBPesa, since it would manage balances not coins.

However, the central bank doesn’t want to do KYC on millions of people, run mass-market authentication services, perform AML checks, manage black lists and run interfaces with law enforcement and so on. Just like Bitcoin, the central bank accounts would be pseudonymous. The central bank would know that account no. 123456789 belongs to a retail consumer, but not which consumer. It would know that account no. 987654321 belongs to a retailer, but not which retailer. This way the central bank could generate a dashboard of economic activity for the Chancellor to look at when he wakes up, but not routinely monitor what you or I are up to.

It would be the commercial banks provide the services linking the pseudonymous accounts to the “real” world (and get paid for them). Then your Sterling bank account will just be a pass-through API to a central bank digital currency account (what Marilyne calls the “CBCoin Account”) because my Barclays current account and your Lloyds current account are just skins on the Bank of England UK-PESA platform and the commercial banks can chuck away their legacy payment systems and focus delivering services that add real value.

Commercial banks will then have an important function as the vaults that look after identity, not money. As I told the panel in Seville, money and identity look like very different topics, but in reality they are the same.

Tags: central bank, identity, money
We have placed cookies on your device to ensure that we give you the best experience on our website. If you continue to use this site we will assume that you have agreed to that.OkRead more
View full website