We all still processing the data coming in from India’s radical experiment with money, and I still think that is way too soon to pass any judgement at all on whether the experiment has been worthwhile or successful, but it is interesting to see some of the immediate effects of the government’s policy of de-monetisation. For example, fish.

Modi’s surprise announcement wiped out 86% of the nation’s currency overnight, leaving the vendors at Panjim’s fish market to suffer heavy losses. “Nobody has cash, so they’re not buying fish.”

From ‘Who buys fish with a credit card here?’ Traders scoff at Goa’s bid to ditch cash | World news | The Guardian

The headline, of course, sets up a slightly false dichotomy because the choice facing the Goan fish market traders is not cash or credit card but cash or an electronic substitute for cash. And it gives me an excuse to post a picture of me in Goa, because I just read an article that said that blog posts with pictures have more of an impact than text-only. 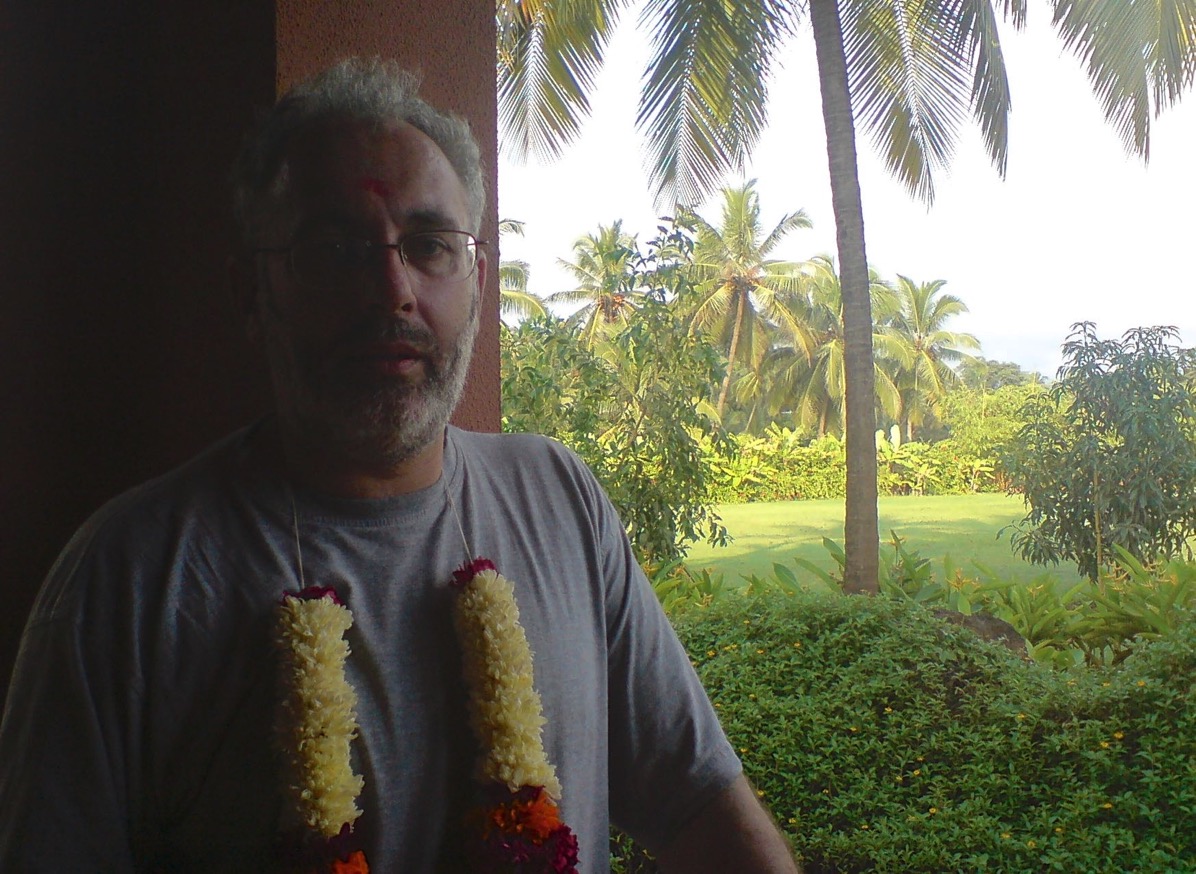 A completely irrelevant picture of me in Goa.

Now, as it happens, the local government in Goa have already decided that the future lies beyond cash and very shortly those fish traders (as well as absolutely everybody else) will have a substitute.

From January, Goa’s government has announced that the city will go “cashless”, meaning every street vendor, rickshaw driver and shopkeeper must offer their customers the option to pay using a debit card or mobile phone.

From ‘Who buys fish with a credit card here?’ Traders scoff at Goa’s bid to ditch cash | World news | The Guardian

Is it possible to imagine Goans buying fish without cash? Well, yes. Look at Kenya, where there are now more than 33 million mobile money users and 174,000 mobile agent locations. The most recent figures from the Central Bank of Kenya (CBA) show an astonishing trend. From February 2013 until September 2016, the number of monthly M-PESA transactions almost tripled, going from 53 million to 131 million, while the number of card transactions fell from 34 million down to 18 million. Yes, you heard that correctly. While mobile money using was tripling, card use was halving. I am told by reliable sources that one of the key reasons for this, apart from M-PESA being accepted  at some 150,000 retail outlets now in a country with only around 10,000 cards terminals, is that when it came time to re-issue EMV cards for Kenyan bank customers, the customers had to go their local branch, with identification, and stand in line to get their new card. Many of them just didn’t bother, especially since they had already started to use mobile money instead of cards.

Central Bank of Kenya statistics show a decline in the use of credit and debit cards, despite the number of Kenyans holding them rising.

From Which payment system is best for when you are drunk? M-PESA! | Consult Hyperion

Anyway, the point is that an astonishing 96% of Kenya household now have at least one M-PESA user. That means, to all intents and purposes, that mobile money is an alternative to cash. That’s not to say that the cards guys are taking it laying down. They can read the papers just as well as I can, and so they have begun to look at alternatives to the dip, tap or swipe at point of sale and are investigating more mobile-centric alternatives.

Visa, has entered into partnership with Ecobank,  to roll out “mVisa,” an innovative mobile payment service in 33 African markets by year-end. Mvisa enables consumers to pay for goods and services for their everyday expenses from  groceries to  taxi services by simply scanning a QR code on a smart phone or entering a merchant identification number into their feature phones

The Kenyan banks are also preparing to launch an instant payments switch so that Kenyans with bank accounts can send money to one another instantly using their mobile phones so at some point in 2017 there will be bank-account, payment-account and card-account competition in the marketplace, which should be great for users.

The M-PESA figures are fascinating and they show just how effective a mobile solution can be. So how come India didn’t have this kind of mobile infrastructure in place before the government decided to de-monetise. It’s not because Indians don’t have phones, don’t have entrepreneurs, don’t have programmers and don’t have users who would prefer mobile solutions. They have all of these. What they didn’t have, until recently, was a regulatory platform to build on. This began to change last year when the RBI licensed 11 “payment banks” to provide competition and the National Payment Corporation of India launched their Universal Payment Interface (UPI). I said at the time that I thought these moves would grow the sector.

From An Indian summer for mobile payments | Consult Hyperion

Mobile is the future of fish purchases as far as I can see. The most commonly used mobile wallet in India, Paytm, saw its volumes pretty much double (to around 7m transactions per day) following the withdrawal of the bank notes and I’m sure new services from the payment banks will help such mobile plays to continue to grow. However, the first of those payment banks only went in to operation about a week before the de-monetisation so they didn’t really have much of chance to make an impact. Hence my thinking that it may have been better for India to have waiting until the more flexible regulatory regime had begun bear fruit before. I’m going to blog in more detail about the Indian experiment as more data comes in, but I just wanted to put down a marker here to make the point that given the appropriate regulatory infrastructure I think that the evidence is clear that mobile phones do indeed provide a viable alternative to cash.

6 thoughts on “Fish without cash”

Tags: fish, India, mobile payments, Modi
We have placed cookies on your device to ensure that we give you the best experience on our website. If you continue to use this site we will assume that you have agreed to that.OkRead more
View full website